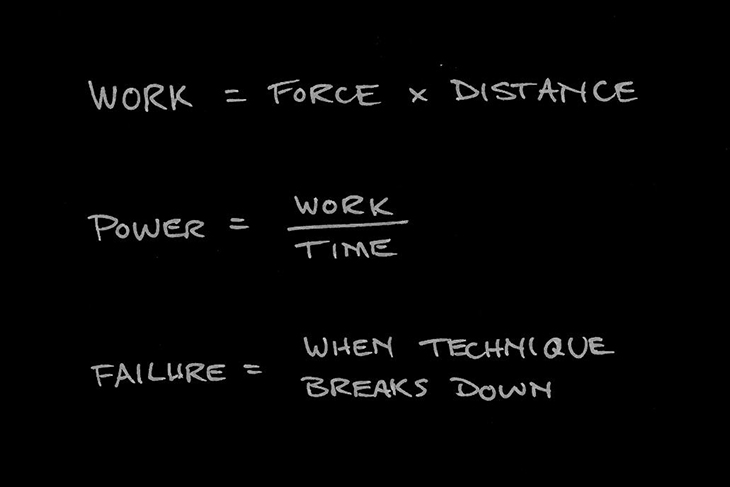 Cardio is short for the cardiovascular system, which includes the heart and blood vessels.

Aerobic exercise is physical activity carried out to sustain or improve aerobic respiration and cardiorespiratory health. It is generally associated with exercise such as running, cycling, swimming, rowing, elliptical trainer, etc.

Isometric muscle action is when muscle actively resists a force, but there is no change in the muscles length and no visible movement around a joint or joints. An example of an isometric exercise is the plank exercise.

If including isometric exercises into your training program, it is worth knowing that strength gains won’t necessarily translate across the full range of motion of the particular muscle trained. For example, if doing the wall sit, it will build up strength in the quadriceps for static muscle force at that joint angle. It won’t translate into increased strength in the quadriceps for movements such as the squat or jump across the full range of movement.

Isotonic muscular action is one in which the muscle remains in a constant tension while its length changes. Isotonic training traditionally refers to exercise using a constant load such as a dumbbell or many weight training machines. If you want to get fully nerdy, due to the biomechanics of the body, and the acceleration and deceleration of movement, this definition is technically incorrect. As a limb moves through the resistance of a constant load, such as a dumbbell biceps curl, the forces on muscles involved change. Some scientists have created more accurate names for the intended exercise descriptions. Dynamic Constant External Resistance (DCER) and Isoinertial training more accurately describe exercise in which the external weight or resistance remains constant.

Isokinetic muscular action is one with a constant movement velocity.

Plyometrics is exercise involving rapid muscle stretching and contracting such as jumping and throwing. It is intended to improve power.

Ballistic training is exercise where a high rate of force is required to accelerate either your body or a weighted object into the air. It also improves power.

Motor performance is the ability of the neuromuscular systems involved in performing a skilled movement.

Alpha motor neurons, which are part of the nervous system, activate muscle fibers. Each neuron and the muscle fibers it connects to is called a motor unit.

Rep is short for repetition and is the single performance of a lift or exercise.

One rep max (1RM) is the most weight you can perform one repetition of a given exercise.

A set is a group of repetitions of an exercise performed consecutively without rest.

A workout is all of your exercises for a single training session.

A personal record (PR) or personal best (PB) is your best performance of an athletic event. For strength training a PR or PB usually refers to your 1 rep max (1RM) for an exercise. Some will also track PR’s or PB’s of other rep ranges. For aerobic endurance exercise, a PR or PB often refers to your fastest time for a particular event. For other sports, it may apply to your best score.

For training, the intensity is a measure of workload, not how hard it feels to achieve an activity. For strength training, intensity generally is the resistance of an exercise expressed as a percentage of your 1RM.

A less definitive way of gauging the intensity of a lift is how many reps you have left in the tank after you have reached your target rep number. So if your target is 5 reps per set and on completing your 5 reps you can still punch out 2 more reps, then you’re at about 7/10. If you have 1 rep left in the tank that’s about 8/10, if your fifth rep is a hard struggle, then you’re at about 9+/10.

Work is the distance a load is moved. Work = Force x Distance.

Power is the rate of doing work, it adds time to the work equation. Power = Work / Time. The faster you can exert maximum force, the greater the force you can apply, and the greater your endurance, the more powerful your actions.

Volume is the amount of work performed over a set time period. For precise measurement, it is measured in joules. But it is typically a measure of weight/resistance multiplied by the number of reps, sets, and exercises. It can be over any time period such as; an exercise, workout (single training session), week, month, training block, training phase, year, etc.

Training frequency is the number of times an exercise or muscle group is trained per week and goes hand in hand with recovery.

A deload is a time period in your training program when you lighten your load with lower volume or intensity to improve recovery. It can last anywhere from 1 workout to a few months but typically lasts a week.

As the body recovers from a bout of intense exercise, there is an associated elevation in metabolism whereby aerobic respiration replenishes the anaerobic energy system stocks. For more, refer to muscle metabolism. The extra oxygen taken into the body to achieve this is called excess post-exercise oxygen consumption (EPOC), and some call this the ‘afterburn effect.’ There are many claims out there of the amount of benefit and for how long it lasts, but these can be misleading because everybody and each exercise is different.

Failure while lifting weights is not an inability to lift a load; it is when the technique breaks down. Once the technique begins to break down during a set, in most cases you should stop lifting. For more, refer to weight loading and failure.

Overuse is exercising beyond your body’s ability to adapt, leading to inflammation and injury. It is typically as a result of too high a volume or frequency of training.

Overtraining is exercising with a volume or intensity beyond your body’s capacity of recovery. It results in stagnation or a decline in strength or fitness.

Overreach is failure as a result of going beyond what your body is capable of and attempting too much.

Body mass index (BMI) is an approximate measure of your total body fat.

Porosity and brittleness of the bones due to loss of protein from the bone matrix.

Wasting away of an organ or part as a result of disease, faulty nutrition, or lack of use.

Sarcopenia is a term used to describe the loss of skeletal muscle mass and strength as a result of aging. 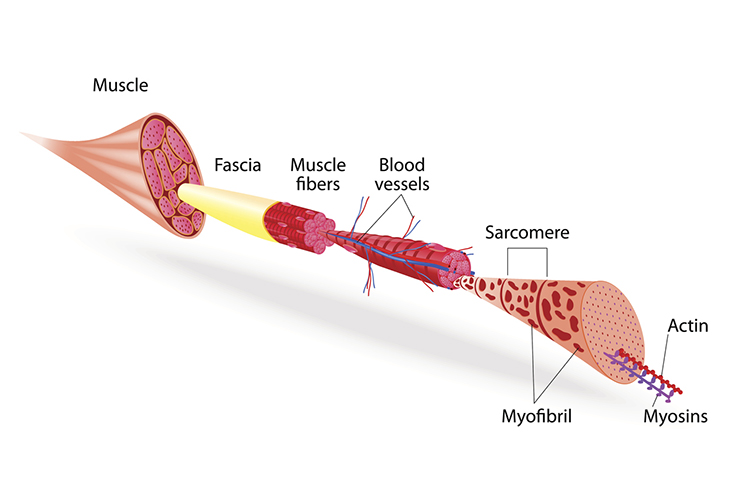 Understanding muscle metabolism, the aerobic and anaerobic systems and how they relate to the different muscle fiber types helps you to exercise smarter.
READ MORE 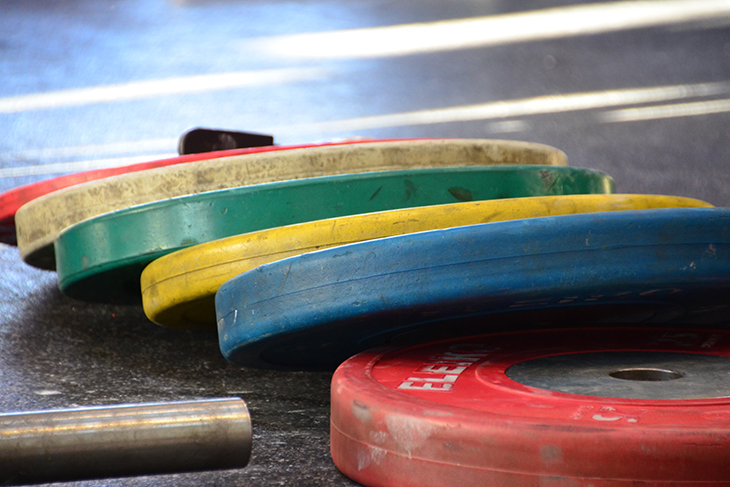 Weight Loading & Failure. How Heavy To Lift & When To Stop Lifting

Beginning a new exercise or workout program, you should be focused on performing the correct technique, not on how heavy you can lift.
READ MORE 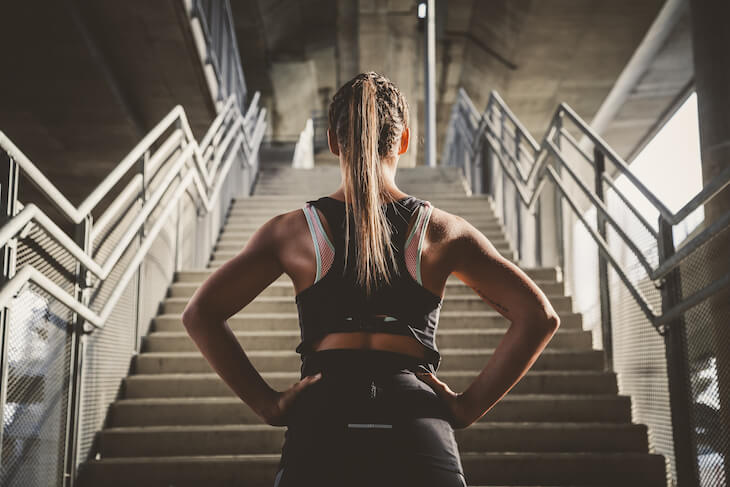 You can apply Interval Training (HIIT) to nearly any form of exercise. To know why it works so well, you need to understand principles of physiology.
READ MORE